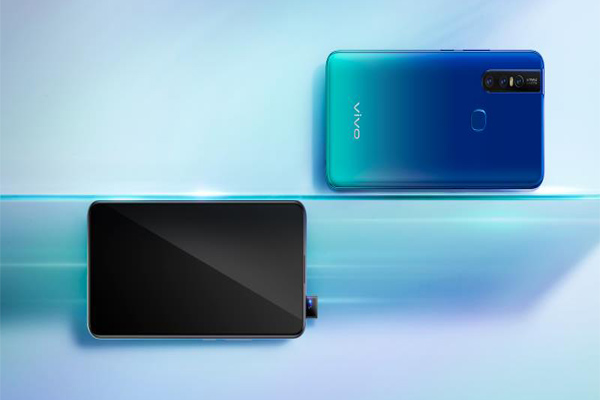 Both the phones feature a powerful triple rear camera setup, stunning Ultra FullView™ Display and will run on Android Funtouch OS 9.0 out of the box. The new V15 Pro 8GB and V15 Aqua Blue will be available at an attractive price of INR 29,990/- & INR 21,990/- respectively. V15 Pro will now be available in both 6 + 128 GB and 8 + 128 GB options while the V15 (6+64GB) will now be available in new Aqua Blue and the existing Frozen Black color options. The vivo V15 series has been the fastest selling smartphone in the V series portfolio and has received an overwhelming response from consumers during its first week of sale on both offline and online channels.

Consumers will also get an array of attractive offers* on the purchase of the new V15 Pro 8GB and V15 on offline and online channels, such as –

Commenting on the launch, Mr. Nipun Marya, Director Brand Strategy, vivo India said, “We received an overwhelming response from the existing V15 series smartphones and we believe that the consumer will appreciate and enjoy the upgraded versions of V15Pro and V15 even more. Basis consumer demand and feedback, we have incorporated more RAM for an even better experience. The new variants will reinforce our stronghold in the Indian market by delivering on consumer expectations.”

The V15 series features an AI-enabled triple rear camera setup along with a 32MP Pop-up front camera. The powerful combination of 8MP AI-enabled Super Wide-Angle camera, a 5MP Depth camera and an upgraded AI algorithm allow for a wider 120 degrees view that results in better picture composition. The powerful hardware is complemented with AI to make professional photo-taking a breeze. The all-new AI Super Night Mode makes shaky night shots a thing of the past, as consumers can now capture amazing night scenery without a tripod or a DSLR camera. The AI Super Night Mode can instantly take multiple photos at different exposure. It also brilliantly combines them to greatly improve brightness and clarity allowing night scenes to be captured with great detail.

Get Your Game on with Game Mode 5.0

We know you love mobile gaming, so we made it more enjoyable with Game Mode 5.0. Play e-sports like a pro by entering Competition Mode, which allocates system resources that prioritize your game’s performance. And when it comes to speed, Dual-Turbo is the lightning-fast feature gamers need. It ensures smooth gameplay and reduces frame-drop by 300%, giving you the most enjoyable gaming adventure imaginable.