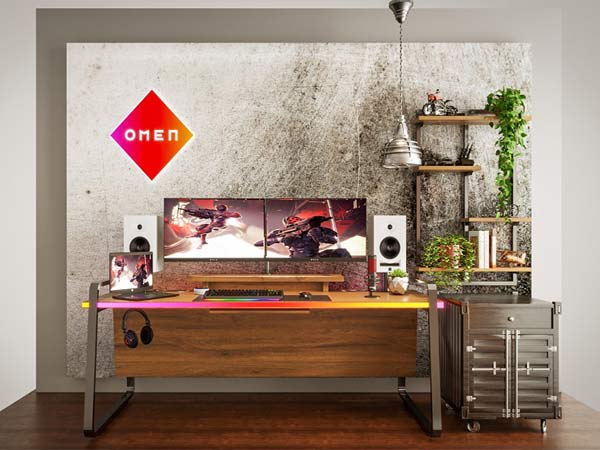 Gamers are staring at a unique opportunity to win an exciting e-sports scholarship at this year’s OMEN FanFest where they will get a chance to win an OMEN crib- gaming setup designed for an ultimate gameplay experience.

The scholarship will be awarded to talented Indian gamers who need financial support as part of the e-sports Gold Quest Scholarship.

HP India today announced the inaugural ‘esports Gold Quest’ scholarships at the OMEN FanFest 2020, in support of the rise of PC Gaming culture in India.

Competing With the Bests of the World

eSports has broken all boundaries and has merged with popular culture. This has made such an initiative all the more crucial. So, the OMEN FanFest has given it a  global platform by bringing together the who’s who of eSports, contemporary culture, and the gaming world which will celebrate PC gaming like never before.

Ketan Patel – Managing Director, HP India Market said, “Gaming and esports are among the fastest-growing competitive pursuits in India and globally. It is a stage on which Indian talent has the potential to compete with the best in the globe. As a market leader, we are working towards making the gaming ecosystem more inclusive for everyone, fueling the passion in gaming, and providing a launchpad for budding esports talent in the country. The scholarship program announced today in is in line with our philosophy of ‘Play to Progress’ and we hope to see champions at the world stage from India soon.”

As a confluence of gaming and popular culture, the OMEN FanFest will bring together some of the biggest names in the world of esports and entertainment. These include Tirth Mehta, India’s first esports medalist; Ulrich Schulze, SVP, Product  Management at ESL; Akshat Rathee, MD & Founder, NODWIN gaming, Abish Mathew- Standup Comic and other enthusiast gamers among many more

This is HP’s effort in recognizing the rising talents in eSports as it becomes a global phenomenon and nurturing these talents to reach their highest potential by offering them the best tools, expertise, and exposure needed to achieve worldwide success.

The OMEN FanFest will also feature a contest that will offer participants the chance to become the fifth member of the HP OMEN Squad – which brings together people of diverse origins with one unifying goal to merge gaming with mainstream culture.

HP has announced the launch of  OMEN Crib – a gaming setup for the ultimate gaming experience that comes with a dual monitor desk, keyboard, headset, mouse, mousepad, speakers, and the OMEN gaming chair – all in a minimalist but stylish package. This will enhance the gaming ecosystem and make it reach the next level.