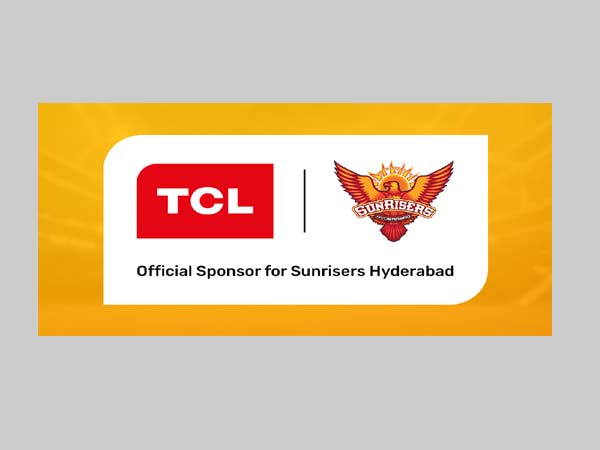 TCL, a global top-two television brand and leading consumer electronics company, has announced its partnership with Sunrisers Hyderabad as its official sponsor for the Indian Premier League slated for September 2020. The overarching goal of the strategic partnership is a testament to TCL’s long-standing India-first approach and its commitment to delivering cutting-edge, innovative entertainment experiences to the country’s vast and fast-growing customer base.

TCL’s growth is also attributed to its LED panel factory in Tirupati, Andhra Pradesh, aiming to become a global manufacturing hub by the end of 2020. The 2400 crore factory is capable of producing 8 million TV screens panels and 30 million mobile screens annually. The launch of this factory also underlines TCL’s India-first approach, creating and offering affordable smart home products for Indian consumers who are always eyeing for entertainment solutions with cutting-edge technologies. The Made in India philosophy has also helped the brand cement its position as one of the emerging leaders in the smart TV segment, offering tech-advanced devices at appealing price points.

Speaking on the partnership, Mike Chen, General Manager of TCL India, said, “Sunrisers Hyderabad is a promising team which has shown an upward trend in cricketing success and popularity among its huge fan base. Leveraging the team’s impressive and fast-growing reach, TCL will be able to expand visibility and solidify its leadership position across the country. More importantly, the strategic partnership gives us yet another chance to promote sports across the country by tapping into the pan-India passion for cricket.”

Commenting on the association, K. Shanmugham, CEO, Sunrisers Hyderabad, said, “We are very excited to partner TCL for the forthcoming season of the Indian Premier League. TCL is an eminent brand and we see an incredibly strong alignment with them. With our partnership, we look forward to creating great cricket moments for fans and putting up a solid show like every year.”

TCL has recently launched its 8K and 4K QLED television models that boast state-of-the-art features such as  Quantum Dot technology,  hands-free voice control, Pop-up Camera, IMAX Enhanced, and Dolby Vision &Atmos, among others. The cutting-edge, affordable new launches combined with the partnership with Sunrisers Hyderabad highlight TCL’s domain leadership in India. The brand activations, in tandem with the team, will help the brand create deeper inroads with customers by tapping into the country’s collective love for the sport.