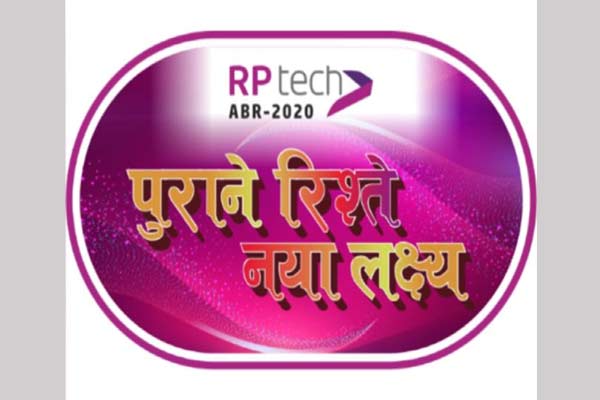 Over 2000 people across the country attended RP tech India’s first ever Awards Night 2020 on Sunday, April 20. The much awaited award ceremony, packed with incredible performances was held on Zoom video conferencing platform and witnessed super enthusiastic participation from employees and their families.

RP tech India is the first distributor to execute the virtual award ceremony in India. The event was simultaneously telecast on Facebook Live.

RP tech India Awards Night is the most promising event that recognizes top performers of the year. There were total 22 awards spread in three categories namely: Platinum, Gold and Silver. The branches, branch heads, branch managers and product managers were recognized for their contribution in the growth and expansion of the Company. Apart from that top performers in the services and finance division were also felicitated in the event.

Mr. Rajesh Goenka, Director, Sales & Marketing, RP tech India, who was the driving force behind this innovative concept, said, “ The current lockdown has brought everything on a standstill but not the spirit of RP tech India family. Though we could not meet physically this year, we decided to explore virtual platform and also invited family members of employees in the award ceremony. Our team worked very hard to make it happen and active participation of the audience made the event a grand success. We are probably the first company to successfully organize virtual awards night and I thank the management and employees for their support.”

“RP tech India is always one step ahead of its peers when it comes to innovation and celebration”, said Mr. Kapal Pansari, Director, RP tech India, adding “ We believe in adaptability and the success of virtual awards nights demonstrates our growth vision in any unforeseen circumstances.”

The award ceremony received a big thumbs up from the audience. “It was a new experience and impossible made possible. Excellency !!! Genius you are is the only word I have for Team RP tech. My entire family was  jumping and dancing. We arranged everything in projection screen”, said Mr. Chirag Agarwal, Branch Head, RP tech India.

“Hats off team. Superb program. No one can think of such great act during lockdown. Three cheers for the entire team on this project”, said Mr. Ashok Goenka, Head of Support Division.

Sharing her experience, Ms Malati Mehta from Rajkot said, “ I had heard a lot about RP tech Awards Nights but this time actually witnessed the show and understood why it is early awaited event. I enjoyed performances of  teams the with entire family. I congratulate all the winners and thank the organizers for such a wonderful event.